Playa Potrero is a picturesque pacific beach, complete with peaceful waters, soft, smooth sand, a quaint fishing village, a quiet bay, and a breathtaking backdrop of a jungle covered mountain range. It's bayside position along the Costa Rican Pacific coast is a daily guarantee for an unparalleled sunset, and its breezy and temperate tropical weather means you'd have trouble finding an excuse to miss it. Playa Potrero is known as a quiet fishing village and a hideaway for those in search of serenity. 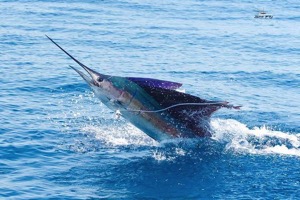 The wildlife and nature abound in and around Playa Potrero serve as a fitting compliment to the pleasantries of the beach town. Beneath the water things are far more active than they are above- the area is known as the sailfish capital of the world, and it draws in fisherman from all the corners of the world, looking to hook into one of Guanacaste's disproportionate amount of record-breaking fish of all kinds. Scuba-divers also have a lot to take in, volcanic islands just off the coast provide mineral rich hotspots for diverse underwater wildlife and manta rays, humpback whales, whale sharks (not an actual shark), and beautiful eagle rays are frequently seen off the shore.
If you've no intention of getting wet, the astounding Santa Rosa National Park and Palo Verde Natural Reserve are just inland, and loaded with monkeys and other exotic birds and animals, many of which can only be seen in Costa Rica.
A day spent in the sun and the sand, out on the water, or exploring the vast jungle all have one thing in common; you'll be hungry afterward, and Play Potrero, Costa Rica just won't stand for that. The area, however quiet and clean, is littered with great restaurants. The Beach House stands alone as one of the best restaurants in the region, and serves up authentic Central American delicacies as well as fresh caught seafood. For a Costa Rican take on BBQ, try out the Smokin Pig. The local-run Sol y Mar is also a favorite, complete with open air seating amongst beautiful foliage and affordable, authentic Costa Rican seafood. 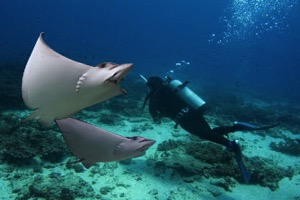 Costa Rica, whose name literally means, the "rich coast", is a truly unique country, nestled in the always-tropical southern tip of Central America. The beauty of Costa Rica is in a class of its own. With a total of 912 miles of coastline, spread amongst the Caribbean to the east and the mighty pacific to the west, it comes as no surprise that Costa Rica touts a litany of both divine beaches and beachfront property.
Costa Rica's diversity extends beyond its oceans, however. If you are a fan of natural beauty, Costa Rica will never disappoint you. The geography ranges from mountains to volcanoes, lakes, rivers, and jungles boasting the greatest species density in the world (Yes, more than the Amazon).
The weather is great in Costa Rica all year, but don't let that keep you from reserving your own piece of paradise today on Beachhouse.com.